To share your memory on the wall of John Miller, sign in using one of the following options:

To send flowers to the family or plant a tree in memory of John Compton Miller, please visit our Heartfelt Sympathies Store.

Receive notifications about information and event scheduling for John

We encourage you to share your most beloved memories of John here, so that the family and other loved ones can always see it. You can upload cherished photographs, or share your favorite stories, and can even comment on those shared by others.

Posted Nov 10, 2020 at 04:12pm
An esteemed classmate, a fellow rugger (yes the first team at USCGA) and a cherished friend...and a fellow civil engineer! Blessed with his stellar guidance, I played rugby for 30 years, graduated (with honors) BSCE and married my soul mate who I met at Conn College. Ralph Waldo Emerson's last line of "The Rhodora" resonates:
"The self same Power that brought me there brought you."
Godspeed JC and my deep condolences Stauda.
Blessings,
Skip Trimble
Comment Share
Share via: 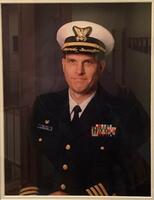