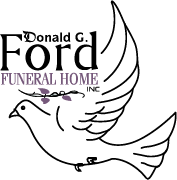 To share your memory on the wall of Richard Workman, sign in using one of the following options:

The gesture that can change the world

Print
Richard Edward Workman, age 87 of the Rosewood Health Care Center in Grafton, WV passed away Monday, January 28, 2019.
He was born January 17, 1932 in Grafton, WV a son of the late William and Annie (Facemyer) Workman.

He is surviv... Read More
Richard Edward Workman, age 87 of the Rosewood Health Care Center in Grafton, WV passed away Monday, January 28, 2019.
He was born January 17, 1932 in Grafton, WV a son of the late William and Annie (Facemyer) Workman.

In addition to his parents, he was preceded in death by his wife, Vonda Sue (Richards) Workman; three brothers, John, Ralph, and Carl Workman; and two sisters, Margaret Harvey and Edna Ashby

Richard was a Corporal in the US Army working in the motor pool during the Korean Conflict.
He worked on the assembly line at the Ozite Rubber Company and Dynatec, Carlson Construction, and was a taxi cab driver.

He enjoyed his family, fishing, and a fan of the Pittsburgh Pirates fan.

We encourage you to share your most beloved memories of Richard here, so that the family and other loved ones can always see it. You can upload cherished photographs, or share your favorite stories, and can even comment on those shared by others.

Posted Feb 02, 2019 at 02:54pm
To all the members of Richard E. Workman's family you are in my thoughts and prayers. May God comfort you in the days ahead and bring you peace.
Pennie Rutherford Workman
Comment Share
Share via:
PP

Posted Jan 31, 2019 at 06:45pm
To the Family of Richard Workman You all are in our thought and Prayers will always remember him and Sue living over here beside us. God Bless You All. Pauline Poling
Comment Share
Share via: